CAZA BJJ At The 2018 Brisbane Championship

Women’s Get Out, Get Active Program Update 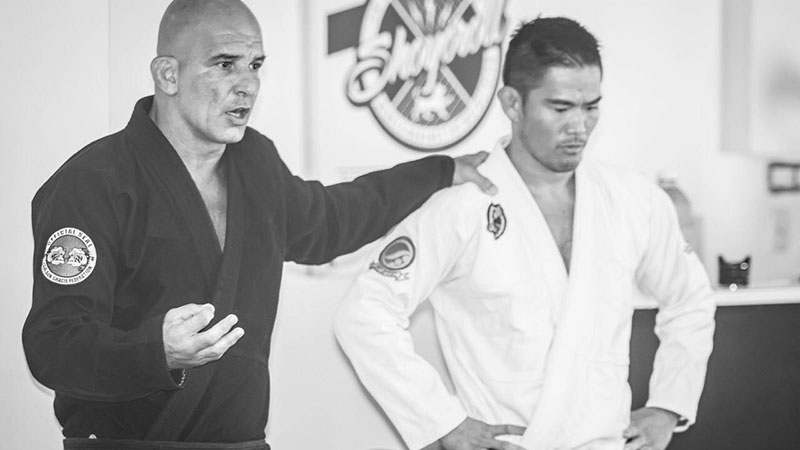 On Saturday, 31st March 2018, CAZA BJJ was lucky enough to be visited by a true Brazilian Jiu-Jitsu legend, Ricardo ‘Rey’ Diogo. Rey is the professor who granted a black belt (along with Barbosa) to CAZA’s owner and head instructor Yoshinori Hasegawa. Rey’s BJJ lineage makes him part of the Carlson Gracie team.

Right from the start, it was clear that we were experiencing a proud moment for both Rey and Yoshi. A real ‘student becomes the master’ moment. Rey could see that Yoshi has been upholding very high standards as he passes on the knowledge handed down to him from Rey.

For those lucky enough to attend Saturday’s seminar, it was well worth the wait. Rey kept the pace high with numerous techniques being shown for a little over two hours. No matter what belt you held, there was something in it for everyone. 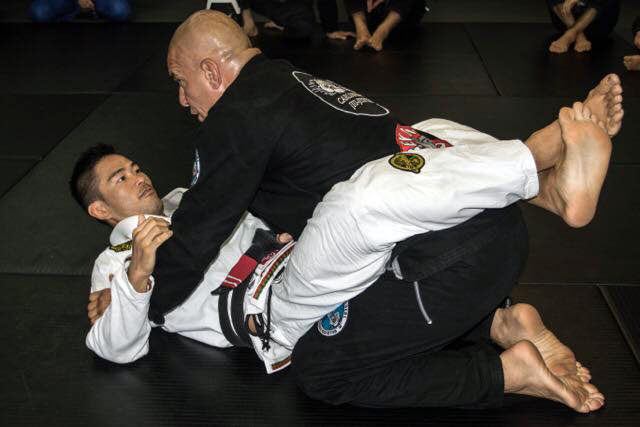 After the seminar, Rey took the time to take photos and talk with students freely about all things BJJ. While clearly very passionate about Brazilian Jiu-Jitsu, Rey is also a lovely guy to talk to. He doesn’t come with a huge ego or attitude and remains a brilliant ambassador for the sport.

BIG surprise on the day for Yoshi 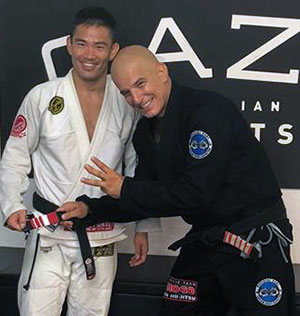 To the surprise of everyone in attendance, there was one last bit of business. Rey took the opportunity to promote our professor, Yoshi, to his third stripe as a black belt. This makes Yoshi one of the highest ranked black belts currently in Australia. So, a BIG congratulations goes to our professor!

We were very lucky to get Rey to come all the way from Los Angeles to visit us here in Noosa. Yoshi said the Rey loved his time here, especially since it reminded him of one of his favourite places in Brazil. Let’s hope we can get him back to Noosa someday.

CAZA seminars such as this one are often open to students from any Brazilian Jiu-Jitsu team or school. If you are interested in attending these events, please follow the CAZA Facebook page to be alerted as soon as they are announced.