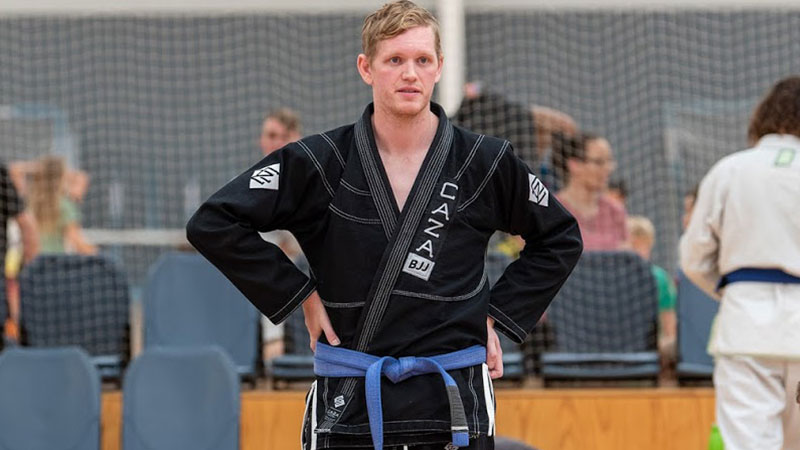 Last Wednesday night we ran the first dedicated Judo class at CAZA Brazilian Jiu-Jitsu in Noosa. This class has been in consideration for some time and so we are really excited to finally get it up and running.

Who are our Judo class coaches?

In hindsight, this class may be a no-brainer. Why? Because we are lucky enough to have some serious Judo talent as part of our existing membership.

The coach for this new Judo class is ‘Big’ Sam Morrison. While Sam is still a BJJ blue belt, he is already a Judo black belt. But he is not alone. We also have Judo 6th dan/degree John Bennett and seasoned competitor and fellow black belt Dean Milbank to call upon since they too are already CAZA members. Few jits gyms are this lucky!

Why add Judo to a BJJ timetable?

It is well known within the Brazilian Jui-Jitsu community that ‘take-downs’ are an area often neglected by BJJ students. This may not matter when rolling in the gym, but this weakness becomes apparent in competition. Even if you aren’t a competitor, having a good take-down game is certainly better than relying on always pulling guard.

The Judo we are going to focus on at CAZA will be tightly coupled with our BJJ training. This will serve to reinforce our BJJ classes, rather than as a stand-alone Judo curriculum, for now…

We are open to expanding the Judo timetable if the new class proves popular. At this stage, however, the class is still considered an experiment. CAZA may one day go on to offer a full Judo timetable and offer official grading ceremonies, but that is something we will look at later.

Who can do Judo with us?

If you are a CAZA member at the Noosa gym you are welcome to come to these Judo classes as they are included as part of your membership.

There is no separate ‘Judo only’ membership.

You up for it?

Don’t hold back, come on down and join a Judo class as CAZA BJJ in Noosa. This is a fantastic skill to add to your BJJ ground game and one that will ensure you have an advantage over BJJ opponents who don’t take their stand-up game seriously.