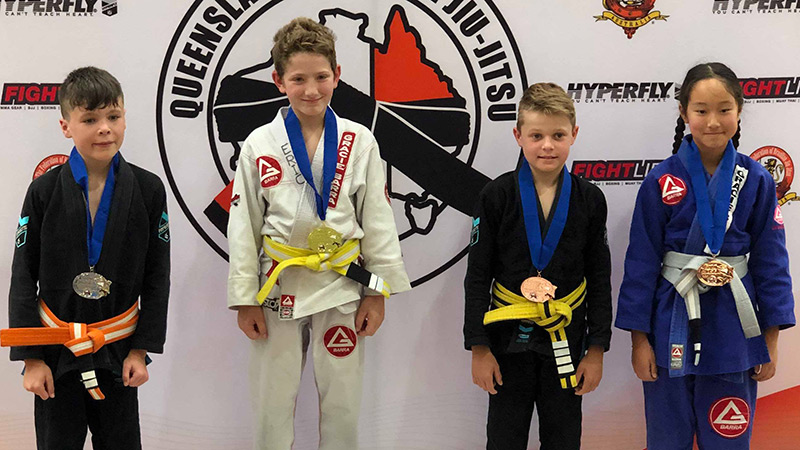 On Sunday Daniel Svoboda and Jayden Kimber made the two-and-a-half-hour drive to compete at the 2019 Gold Coast Championship. The boys were the only CAZA members to compete at the tournament this year. Most of the CAZA team are currently focusing on the Caloundra Open which is due to be held on the 13th of October.

In the no-gi events, both Daniel and Jayden made it onto the podium yet again – gold for Daniel and silver for Jayden.

CAZA head coach, Yoshi Hasegawa, loves the dedication of these two fantastic competitors. This appreciation also extends to their parents who make an incredible effort each year to ensure that the boys can compete at Brazilian Jiu-jitsu tournaments all over the east coast of Australia.

When you watch these two young champions train at CAZA headquarters you notice that they take this sport very seriously. They spar with purpose and listen to the advice offered by their coaches. The results speak for themselves.

Jayden and Daniel are now preparing for the Caloundra Open and the biggest tournament in Australia – the 2019 BJJ Pan Pacs.