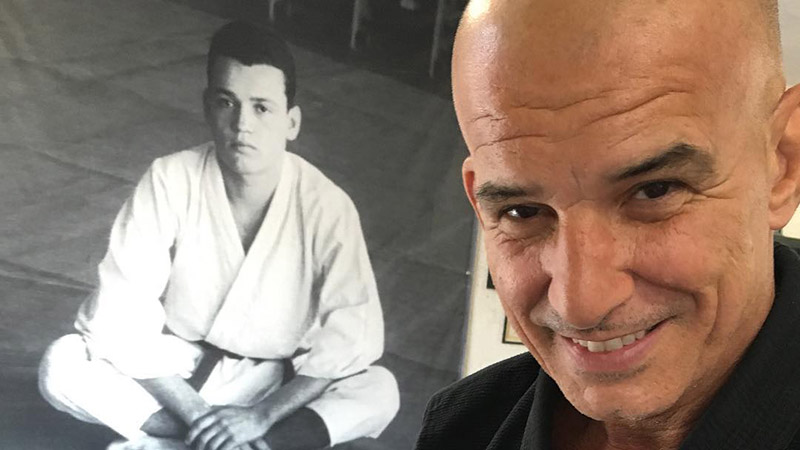 Last Tuesday CAZA’s owner and head coach, Yoshi Hasegawa, learned that his professor and friend Ricardo ‘Rey‘ Diogo had suffered a heart attack. Rey was coaching at his gym in Los Angeles at the time. Fortunately for Rey, his students jumped into action and got their coach the medical treatment he desperately needed.

News of Rey’s heart attack came as a huge shock to Yoshi who had been chatting to him online only a day before. Rey had said he was feeling incredibly well and training with less discomfort than he had in years. As a long-time Brazilian Jiu-Jitsu competitor and coach, Rey is carrying a long list of injuries, including a seriously problematic hip.

Update on Ricardo "Rey" Diogo. Last week during evening class, Rey suffered a heart attack. Thankfully with quick thinking and superb leadership, his students were able to get him to the hospital and perform the necessary surgery to save his life. Rey is now home and recovering well. He is very happy of all the love and support he received. All near future seminars are postponed until further notice. The academy REMAINS OPEN. Rey is on a road to recovery and he is strong – he cannot wait to see his affiliates, students, old teammates, friends, and family.

As you can see, surgery was required. It was later discovered that the problem with his heart was indeed life-threatening and he was lucky that medical help was nearby.

Anyone who knows or has met Rey will tell you, this is not a man who backs down from a fight. His passion for life and tackling challenges head-on will serve him well as he gets through his recovery period.

CAZA’s Cheyne Douglas had planned to visit Rey in his gym this week after competing in the BJJ World Masters event in Las Vegas. Cheyne was looking forward to catching up with Professor Diogo and training at his legendary gym, as he had done years ago.

Yoshi was planning to bring Rey back to Noosa at the end of the year, however, this is no longer viable. Rey loved his time here in Noosa when he visited last year, even taking the opportunity to promote Yoshi to third-degree black belt. Another time perhaps. It’s a long flight from Los Angeles to Australia and risky if you have a health concern.

So we wish Master Rey a speedy recovery. We have no doubt that he will bounce back and will be on the mats again soon. Who knows, we may even get him on a plane to make the long-haul trip back to the Sunshine Coast. Everyone here at CAZA would certainly love to see him walk through the door once more.