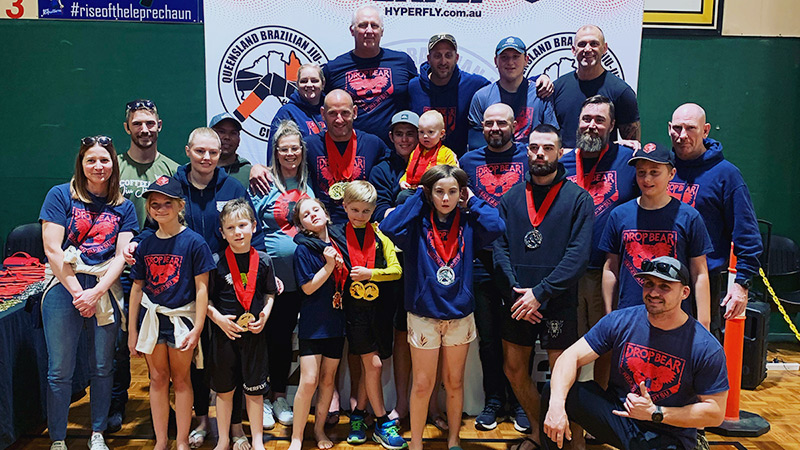 In their first competition as part of the CAZA BJJ team, Drop Bear Brazilian Jiu-Jitsu has achieved a great result with 4th place overall at the 2022 QBJJC Ipswich Open. This overall result was thanks to the men’s and kid’s teams placing 3rd and 4th respectively.

Drop Bear BJJ are located in Ipswich so this is their ‘home’ competition on the Queensland Brazilian Jiu-Jitsu Circuit. The club is still in a state of transition and so only fourteen of their competitors were there to compete on Sunday. Despite the small number of entrants they were still able to achieve a fantastic team result. The names of the medallists can be seen on the Drop Bear BJJ Instagram post.

As Drop Bear become more integrated with the CAZA BJJ competition team you will see CAZA patches worn by their members. We are now very much teammates and look forward to members from the gyms in Noosa, Caloundra and now Ipswich coming together to take on the bigger franchises.