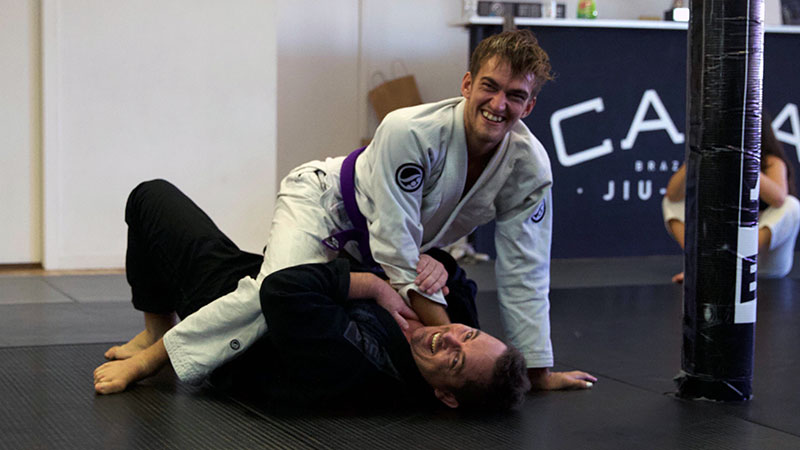 We are so excited about 2019! Today the regular CAZA Brazilian Jiu-Jitsu timetable comes back into effect. This means that both kids and adult classes are following the schedule on our timetable page.

Thanks to everyone who came down for a roll during our open mat sessions these holidays. It’s a great way to burn off some of the stress and kilojoules that the festive season throws our way. A BIG thanks to Cheyne, Brady and Erik for opening the gym too.

Timetable changes are coming in February

There will be some changes to the timetable in 2019. Starting mid-February, a new all-levels Monday morning class is being planned.

We are looking at a new women’s only class too, most likely on Friday. This class will appeal to women new to Brazilian Jiu-Jitsu or those thinking about giving it a go. While the time is still not decided, this will replace the self-defence class currently on Wednesday nights.

If you know anyone who would be interested in the women’s only class, please let them know now.

While the school holidays go on, we are back to full throttle here at CAZA. Next month the BJJ tournament season starts all over again, and we will be ready. 2019 looks to be an exciting year for CAZA. Our women’s competition team is likely to return soon, adding to the prospects of our men’s and kid’s teams.

The comp team class held each Tuesday night is open to all colour belts, and white belts by invitation only. This is a no-nonsense class where you’ll find the mood and level quite different from regular classes. If you plan to compete anytime soon, you should be attending these sessions (if possible). Talk to Yoshi, Cheyne or Erik if you want to join in.