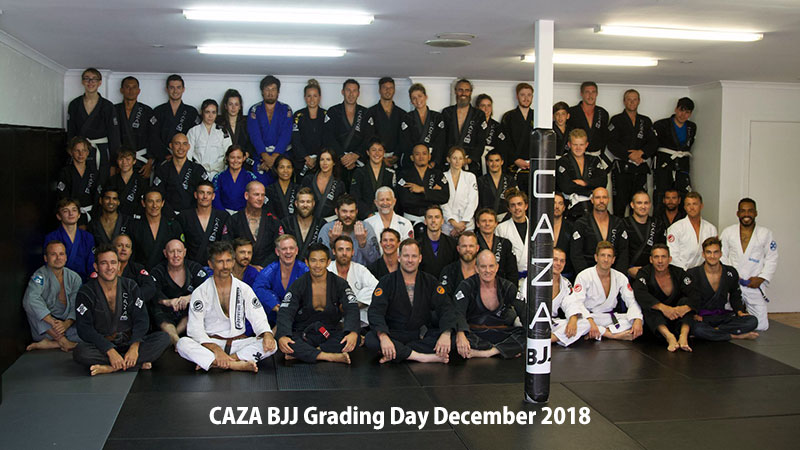 Yesterday CAZA BJJ held the final grading ceremony for this year. There were quite a few belt colour changes this time around, especially with many long-term students of CAZA’s professor, Yoshi Hasegawa, finally coming up for their next promotion.

Because five of the members that were due to be graded were unable to make the grading day itself, they were promoted earlier in the week. All but Herbi were promptly shark-tanked as per CAZA BJJ tradition.

Here is the complete list of CAZA members who have been promoted to a new belt in December 2018: 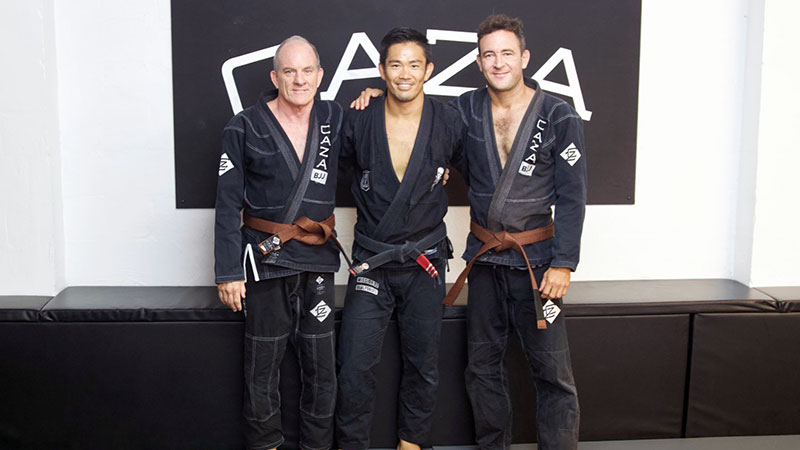 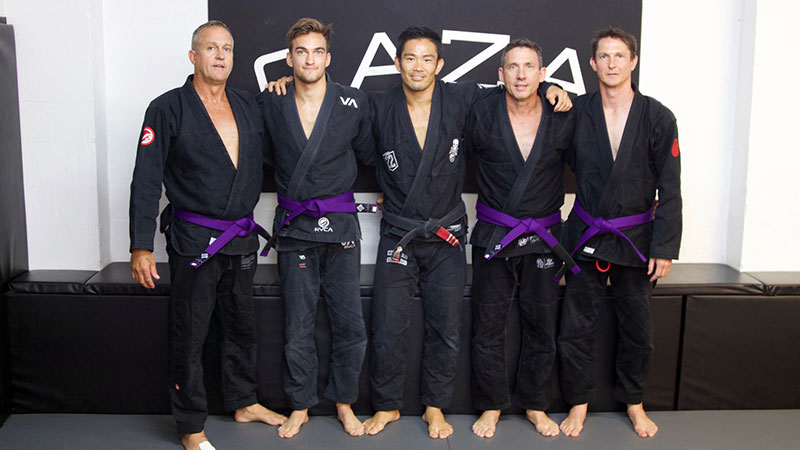 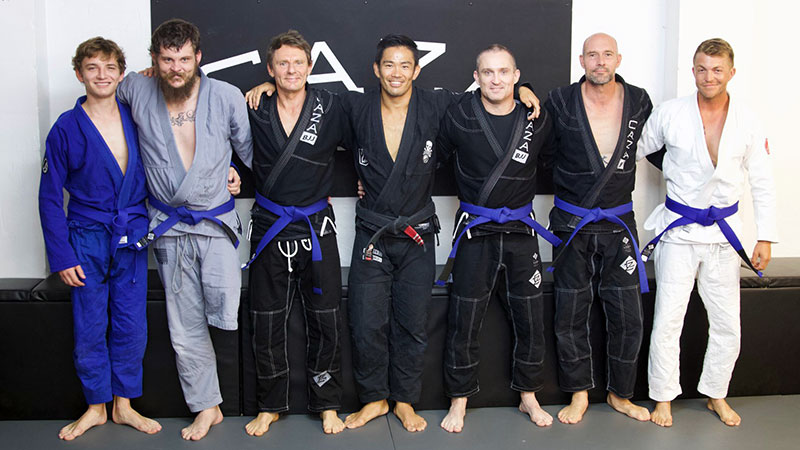 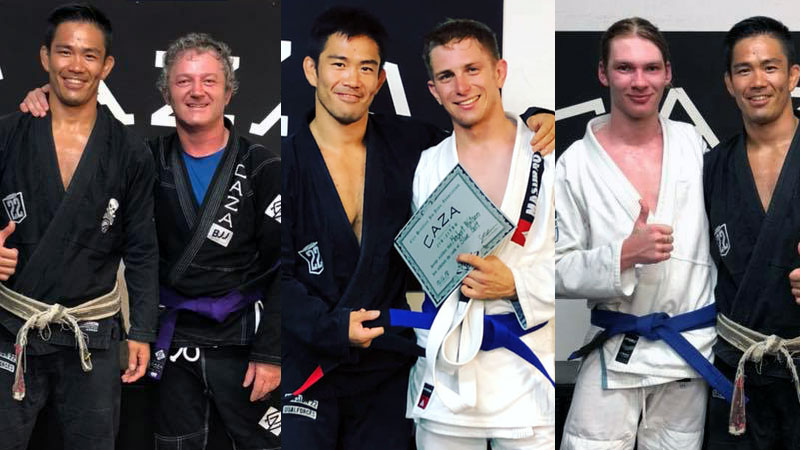 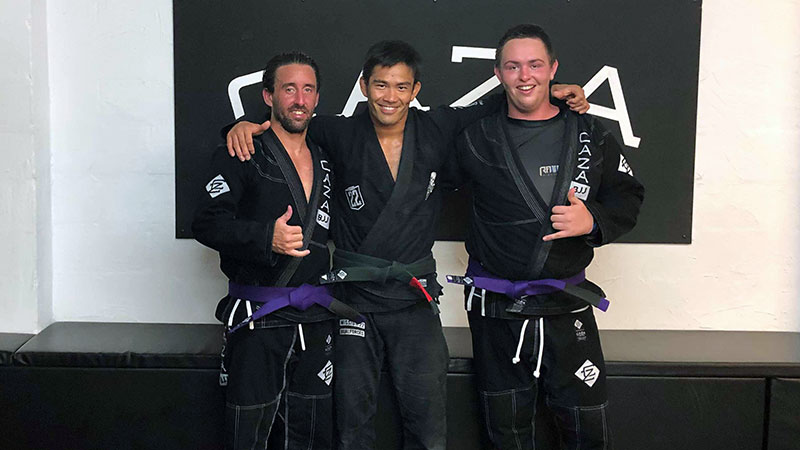 This was by far this biggest grading ceremony yet for CAZA with a total of 17 new belt colour promotions happening in a week.

After the belt promotions, Yoshi added stripes to the belts of many members. Yoshi keeps a close eye on who puts in the hours in the gym and how much progress we make between each grading. When it comes to promotion there is no easy way – you’ve just got to do the work.

Starting something new is easy. Seeing it through to the finish, however, takes dedication. The fact that the number of legitimate colour belts continues to grow at CAZA BJJ means the future looks to be very exciting for the club.

Heading into the new year, we have a number of members now on three and four stripes for the respective belt colours. The next grading day in June 2019 could be just as busy as this one.