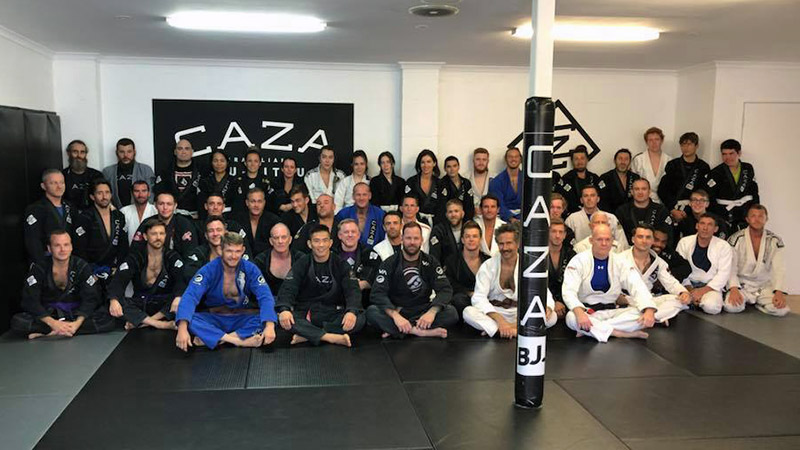 On June 30 CAZA BJJ held its first grading in 2018 for our adult members. We only hold two adult gradings per year so this is a big event for the club.

The ceremony was well attended despite many CAZA members being unable to make it due to work commitments. This is why the CAZA timetable is designed to appeal to everyone. No matter what your work or private commitments may be, you should be able to attend a bunch of classes each week.

Who got promoted to a new colour belt?

We had five belt colour changes on the day and there is no question that all five guys are legitimate. Each has competed at the different belt levels they have held and they are more than happy to roll with anyone who walks through CAZA’s door.

So here they are (names below): 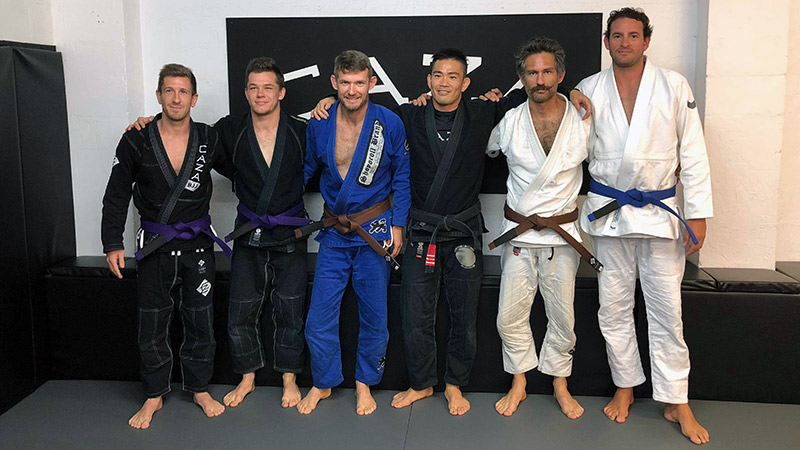 Our newly promoted members from left to right:

Congratulations guys. Being promoted under Yoshi Hasegawa and the CAZA name is no easy feat. You are the real deal and thoroughly deserve the belt colour that you now wear.

And let’s not forget the numerous stripe recipients that edged closer to their next colour belt too. The genuine team spirit at CAZA is infectious and as such, everyone takes a real satisfaction in seeing fellow members move closer towards their goals. Stripes are a nice little boost to remind you that you are making progress.

Each time we hit the mats we not only represent ourselves but Yoshi, CAZA BJJ and all of the professors in our Brazilian Jiu-Jitsu lineage. Do your best at all times, whatever the final result. 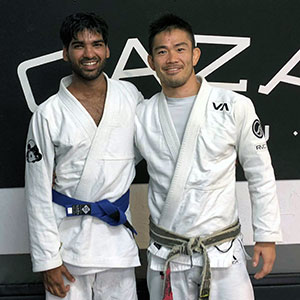 We have another member to be added to the list of those promoted for this grading. Sunil Rajput couldn’t attend the grading day but was made blue belt by Yoshi on the following Monday night.

Don’t worry, Sunil asked to be shark tanked and was happily accommodated by the members who were present on Thursday night. He was handled with all of the delicacy that you’d expect at a CAZA grading.