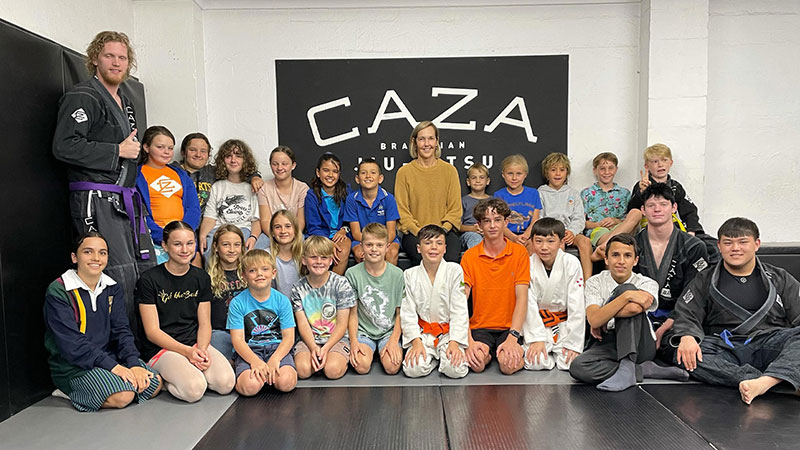 Wendy presented a range of ideas that help kids achieve optimal performance while also addressing their nerves when competing in Brazilian Jiu-Jitsu. The talk, titled “Building a Champion Mindset“, covered topics such as how kid’s can build their mental skills to enjoy competition and to bring out their best when it matters. She also discussed what champions are, what pressure is, what makes it fun and what makes it scary.

The kid’s talk was only half of the process, however. Wendy also delivered a supporting presentation a week later with parents being invited to come in and learn about supporting young athletes.

Both seminars were a huge success with the gym being full on both occasions. It is this sort of support and enthusiasm that underpins the amazing success that our team enjoys in competition.

We would like to thank Wendy, who volunteered her time, for offering to speak to our kids and parents. The experience has without doubt benefited everyone who attended and added a whole new dimension to the training offered here at CAZA.