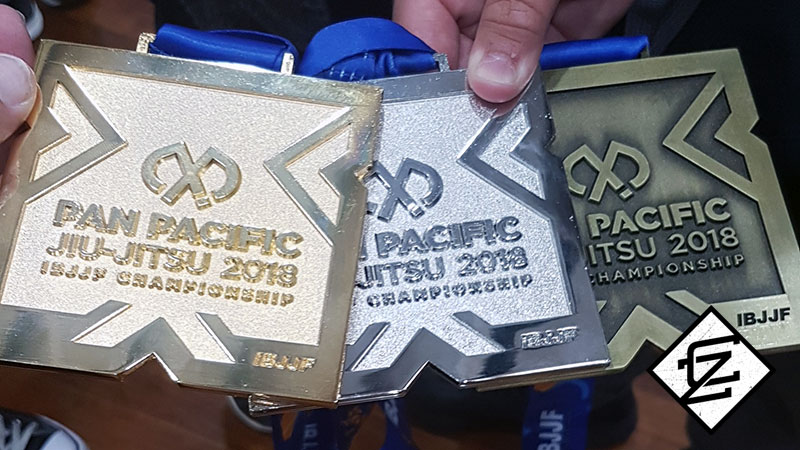 Over the three days from the 26th to the 28th October a small team of CAZA Brazilian Jiu-jitsu members made their way down to Melbourne for the 2018 BJJ Pan-Pacs Championship. The tour group included some of our kid’s team members and a dedicated group of CAZA BJJ supporters.

This was the event that our recent fundraising efforts went towards, allowing the kids compete while taking some of the financial burden off their parents.

With head coach Yoshi Hasegawa staying in Noosa to teach our regular BJJ classes, Cheyne Douglas and Erik Kallen accepted the additional responsibility of coaching while also competing. This is commendable given the level of competition that they would find themselves up against in their own fights.

CAZA off to a fast start

The tournament started at 10am on Friday and CAZA competitors were involved right from the opening moments. There was no time to soak up any atmosphere or psyche up, if you weren’t already.

It wasn’t long before nearly all CAZA team members had competed. Blue belts all had to roll on Friday morning in the gi tournament, leaving only Cheyne Douglas on the sidelines as coach. Brown belts were due to compete on Saturday, so Cheyne had Friday off as a competitor. 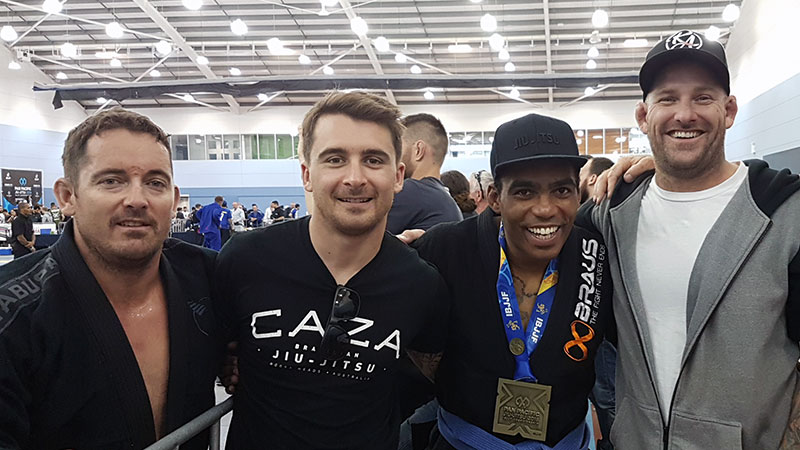 Sunday was set aside for the no-gi part of the tournament. With Cheyne, Erik and Dean also registered for the no-gi divisions, we were in for a busy weekend.

You can watch some of our fights on the CAZA BJJ 2018 Pan-Pacs YouTube Playlist.

Isaiah Thinee and Daniel Svoboda were, unfortunately, two of the kids that lost in the first round of their events. Both came up against equally good young BJJ athletes who deserved their victories against our boys.

The Koh brothers also found themselves in tough fights. Jayden Koh was merged up a division and had to fight two older, more experienced boys. Jayden fought very well against his more advanced opponents however he was unable to progress to the final. His younger brother, Kayden Koh, faired a little better with a win first up. Kayden then lost in his next round against another good little BJJ warrior. 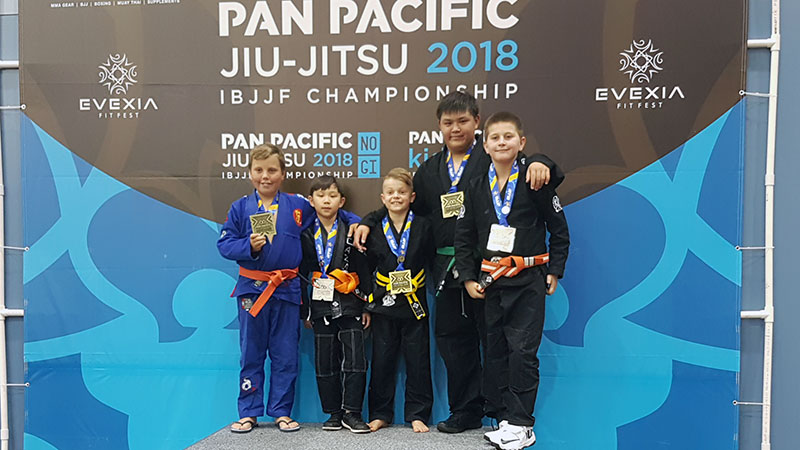 Results aside, the skill shown by the CAZA boys was a credit to the effort they put in each week. The whole CAZA family is proud of the spirit and technical ability they showed on the mats.

Jamie, Erik and Ronaldo entered the highly popular blue belt divisions at weights that have many competitors. This isn’t the sort of tournament that you take on as your first, so you know the other competitors are up for it.

There is never a shortage of blue belts willing to throw down.

Our super-heavyweight entrant, Dean (also a blue belt), was able to progress to later stages and win the first adult medals for CAZA. Dean went up against some physically powerful opponents yet was able to hold his own and get a great result.

Dean ended up with 3 silver medals. Given the effort he has put in this year, competing in many tournaments across Queensland and now the biggest tournament in Australia, nobody could argue that he doesn’t deserve those medals.

Keep in mind this was the Pan Pacs – getting onto the podium is not easy. Also, this is CAZA’s first year at the Pan Pacs as a team. Although some members have competed at the Pan Pacs before, we were excited just to be there so all the medals were a bonus. 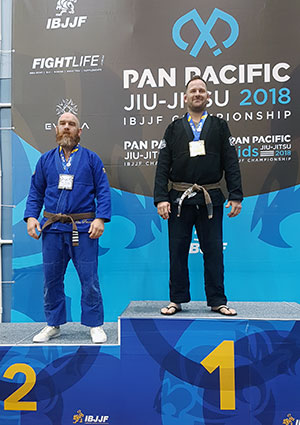 CAZA brown belt Cheyne Douglas secured a gold at super heavy and a silver medal at open weight divisions in the gi tournament.

Cheyne won his gold with a head and arm choke and used the same submission he used to make it to the final in open weight.

In the end, Cheyne had to settle for a silver in the open division but he wasn’t complaining.

Winning a gold and a silver at the Pan Pacs at the brown belt level is not easy, so congratulations really should go to Cheyne for this great result.

Not bad Cheyne, not bad.

CAZA’s professor Yoshi Hasegawa and his team of coaches are already planning our assault on the 2019 Pan Pacs. Heading down to Melbourne from Noosa as a team takes some preparation, especially if we are going to do some fundraising for the kids as we did this year.

Many CAZA members get involved in Brazilian Jiu-jitsu for fun or personal interest, which is fantastic. Others are serious enough to compete and tournaments like this represent big personal milestones for the competitive members. The Pan Pacs is the biggest BJJ tournament in Australia each year and is, therefore, one of the events we will continue to attend in the coming years.

If you are interested in competing at the Pan Pacs next year, or any tournament for that matter, let Yoshi know. Adult members will likely be asked to come to competition team classes to ensure you get plenty of serious training and rolls in to properly prepare.