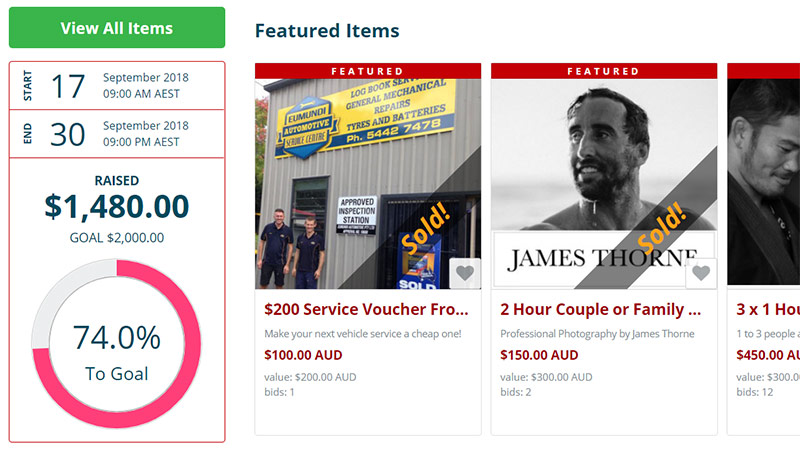 As those connected with CAZA BJJ will know, we recently ran a fundraiser auction online. The money raised is goings towards sending some of the CAZA kids to compete at the 2018 Brazilian Jiu-jitsu Pan-Pacs in Melbourne later this month. We would like to thank those who bid on the various auctions, and we’d especially like to thank those who donated items.

Most of the items were provided courtesy of CAZA adult members, however, we also had a joy flight offered by Dale Leo’s boss, Trevor Baker. Trevor has no direct association with our club. Together, these donators put their hand up to offer their time and services in a selfless act of support for our young members.

Here is a list of the donators (in no particular order):

Thank you! This auction raised $1480.00 all up and goes a long way towards offsetting the costs of getting the boys down to Melbourne and registered for the tournament.

This auction was organised with short notice by our big blue belt, Dale Leo. Dale, Yoshi, CAZA and the boy’s parents truly appreciate the response from both item providers and the bidders who made this work.

Beyond the fundraiser auction

There have also been two other fundraisers run within the gym over the past month. The 100 numbers boards, costing $2 per entry, have been posted on the gym wall. One is still live as the post goes live (be quick)!

The two number board prizes have been provided by:

Each of these boards raises a further $200, so we would also like to thank these prize providers for boosting the fund even further.

This series of fundraisers reaffirms the positive club spirit here at CAZA and the support we get from the Noosa area community. We can only get stronger from here.

We are certain that our young competitors will do CAZA Brazilian Jiu-jitsu and the Noosa area proud down in Melbourne. Good luck boys!