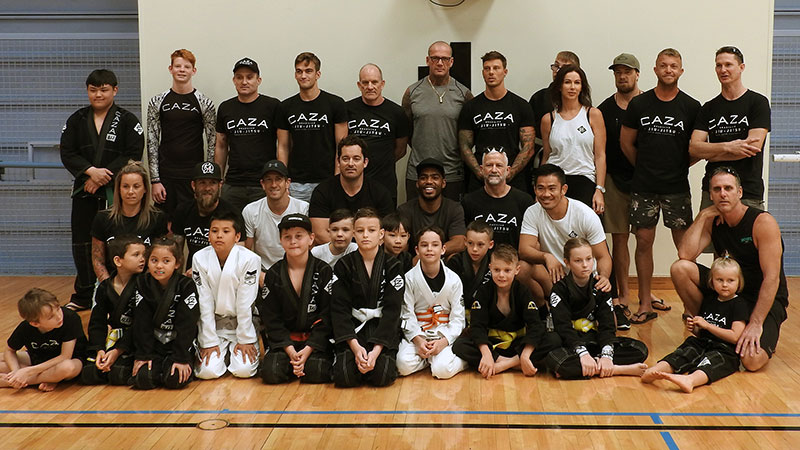 This year’s tournament was held at the Caloundra Indoor Sports Stadium, so a little bit of a drive for our Noosa Heads based team. It was also the only tournament on the Queensland Brazilian Jiu-Jitsu Circuit held on a Saturday this year. This switch from the usual Sunday schedule made it impossible for some of our adult members to compete, unfortunately.

As always, the CAZA supporters were there in big numbers to encourage our team. From proud parents to long term club members, CAZA BJJ shirts and hats could be seen everywhere. Our competitors clearly pick up on the positive vibes and like nothing more than doing well in front of the CAZA crew.

We sent a relatively small adult team down to this event. Still, the CAZA men did very well, scooping up their share of medals and competition points. The QBJJC have compiled the results revealing that the CAZA men’s team finished 3rd overall. That’s pretty amazing given the squad size and the fact that we must compete against gyms that have several franchises all fighting (and accumulating points) under the same banner.

Well done guys. You have proved yet again that CAZA BJJ is a heavy hitter on the Australian Brazilian Jiu-jitsu scene. 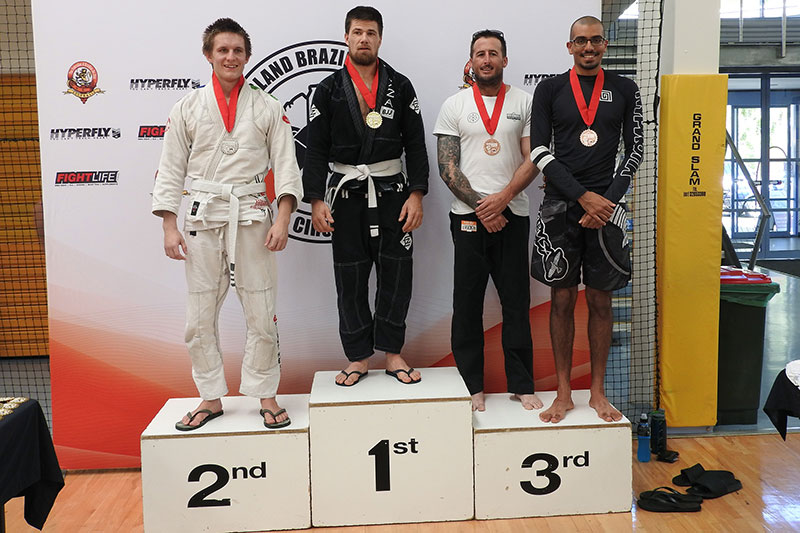 We didn’t have any members of the CAZA adult women’s team compete this time around. Regardless, 2019 looks like being a big year for our female members and we can’t wait to see them back in action again.

We barely ever have a bad day at a BJJ tournament when it comes to our kid’s team. This year’s Sunshine Coast Championship was no different.

After the points were tallied it was announced that the CAZA BJJ Kids came in at 1st place overall. Yoshi and Erik, our kid’s coaches, could not be happier. Not only did they get the result, but they conducted themselves with real maturity and sporting spirit. 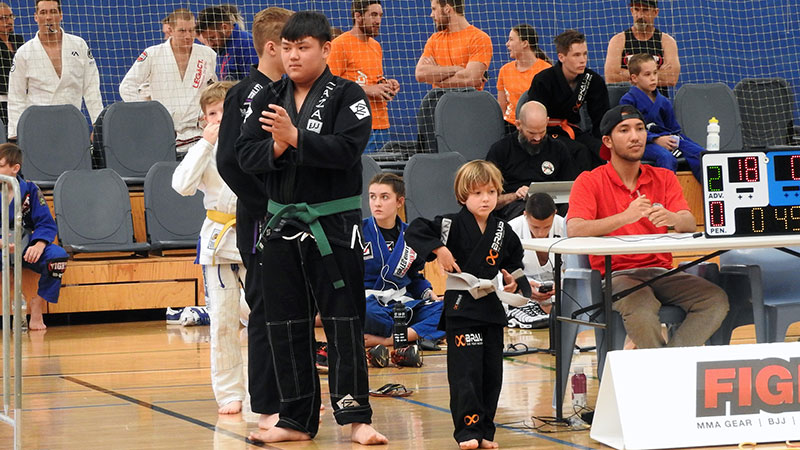 As is sometimes the case, several of the CAZA kids had to compete against each other. This is something that even the adults feel uncomfortable about. But true to their class, each of our kids got on with the job and showed everyone there what CAZA Jiu-jitsu is all about.

It should be noted that our kid’s team is made up of boys and girls, a fortunately common situation in the modern Brazilian Jiu-jitsu world. Junior boys and girls compete against each other so a level playing field is maintained based on age and weight.

Some of the kids were competing for the very first time at this tournament, yet you wouldn’t know it by looking at them. They seem to just step up to the mats and let the nerves fade away. Let’s hope they never lose that ability!

First off, congratulations to each competitor. Medal wins are a nice highlight to have on your BJJ timeline, however, they become less important as time passes. Win or lose, your Jiu-jitsu improves with every competition and you take that with you everywhere you go, forever.

Here are the results:

Watch some of the fights

Want to see some of the action? Many of our competitor’s fights can be watched on the new CAZA YouTube Channel. Check out our 2018 Sunshine Coast BJJ Championship playlist.

Next up, the 2018 Brazilian Jiu-jitsu Pan-Pacs in Melbourne (October 26th and 27th). We have several adults and kid’s team competitors making their way down for this one.

The Pan-Pacs will be the biggest BJJ tournament in Australia this year. It will be a huge experience for anyone involved and Yoshi, Cheyne and Erik (competing) will be there to coach if you are rolling. Good luck!