Next Up: Caloundra Open BJJ Championship 2018 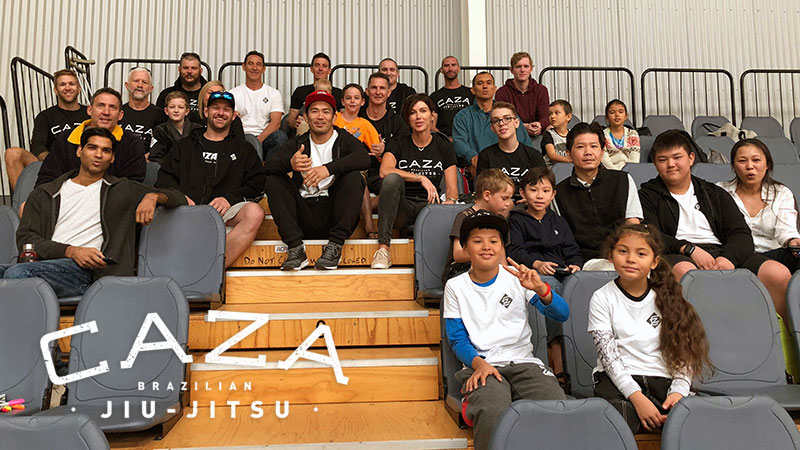 This past Sunday the CAZA BJJ competition team headed down the Sunshine Coast for the 2018 Caloundra Open Championship. This was the last tournament before next month’s State Championship event in Brisbane.

Before the first hour was up CAZA kids were winning medals of all colours in their gi events. There were some nerves, but when they got down to business they all showed real skill and a variety of techniques.

As is sometimes the case at Brazilian Jiu-jitsu tournaments, several of our kids were moved up in age and weight divisions to ensure they were able to get some fights. This can be daunting for kids where an opponent of greater age and/or size adds to the mental challenge as much as the physical. Despite this, they each performed very well and now have the experience of going up against bigger opposition. 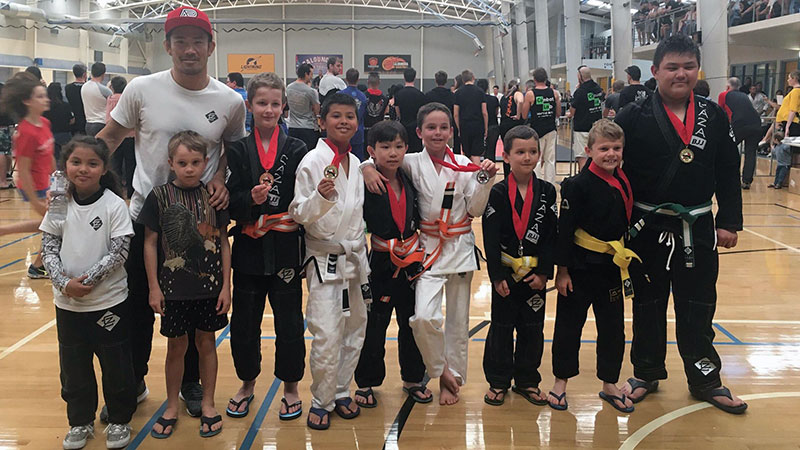 Then the CAZA adults hit the mats

Our adult competitors were either white belts or blue belts at this year’s championship. Yoshi is a big fan of students getting out there and going through the process of competing at least once as a white belt. Not for the medals, celebrity or untold glory, but for the sake of your own BJJ development. There is no other way to experience the mindset and emotions that competitors feel when showing up at a stadium to compete against strangers in front of a crowd. This is why they say a minute on the competition mats is the equivalent of many hours in the gym.

It was great to see the guys who are still relatively new to the blue belt level putting their hand up to take on more experienced blue belts. Keep in mind that some of their opponents are approaching the purple belt rank, so, as you can imagine, these fights get quite technical.

Sam, Jaiden, Mark, Craig, Gerald (Gez) and Erik all gave as good as they got or better, even when going head to head against each other. While having to fight teammates isn’t ideal, it does mean that CAZA locks down a bunch of team points.

Erik, our most experienced blue belt, seems to tease out some especially enthusiastic coaching from the boss at tournaments. Just be advised that if you stand next to Yoshi while Erik is competing, you will lose hearing in at least one ear and may be physically assaulted several times.

The team support was awesome

A big thanks to the CAZA members, family and friends that also attended to offer support to our competitors. Anyone can tell that there is a great team atmosphere at CAZA just by looking around the stadium and seeing all those CAZA hats and t-shirts in amongst the crowd.

Mums, dads, partners, friends and cohorts of all kinds do a great job in boosting team morale. 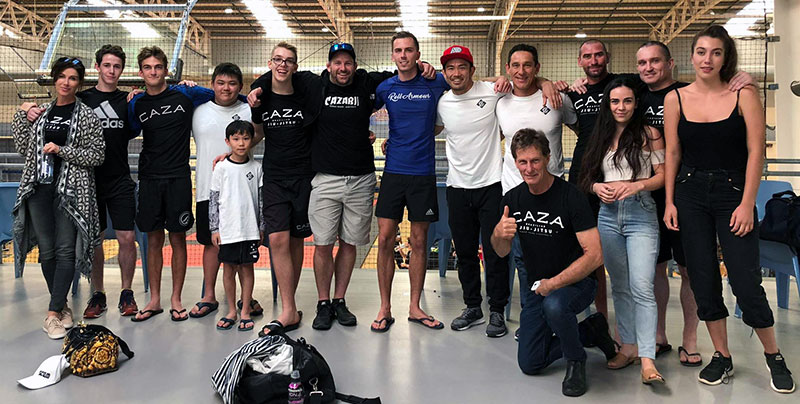 State titles are just around the corner

On June 17 we have the QBJJC Queensland State Championship which will be held at Ormiston, Brisbane.

Thinking of competing? Register as early as possible and let Yoshi know.