First QBJJC Tournament For 2018 Coming Up 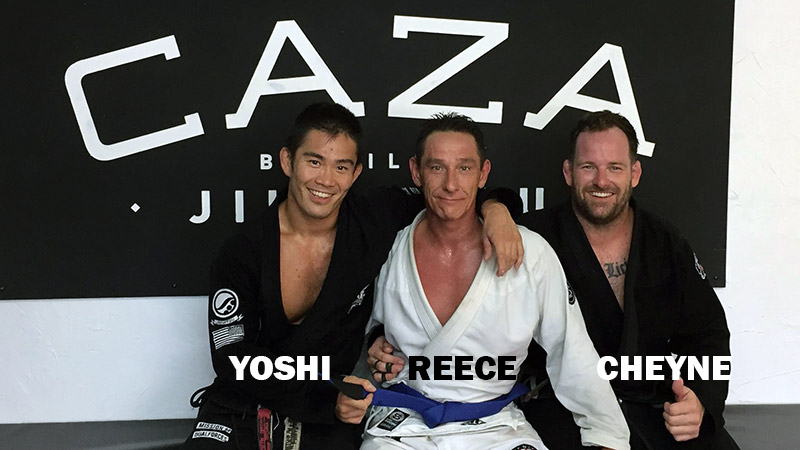 On Friday 19th of January 2018, Reece became the first CAZA BJJ student to be promoted. Reece was made a blue belt by our professor, Yoshi Hasegawa. 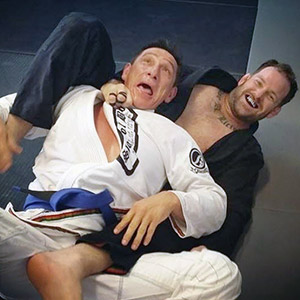 Although he probably won’t admit it, Reece would likely have wished for the promotion on another day. The temperature was above 30 degrees (a midday class) and there were a bunch of strong colour belts there to shark tank him.

And no, the air conditioning was not on! We all know what Yoshi thinks of air-con…

A bit about Reece

If you don’t know much about Reece’s background, it is very interesting and well worth asking him about.

Reece has a loooong history of Muay Thai kickboxing. He grew up in Thailand and had over 70 fights in the toughest venues and stadiums in the kingdom. He had his first fight at just 14 years of age back when Australia still did not permit the use of elbows and knees, even for adults. He is the real deal.

His Brazilian Jiu-Jitsu is on point too. He is a hard worker in the gym and has competed for CAZA BJJ, winning medals at QBJJC tournaments.

Congratulations Reece, you deserve this promotion. Oh, and welcome to wristlocks!

Reece back in the day… 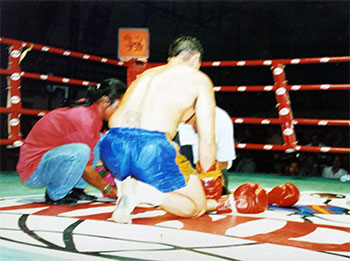 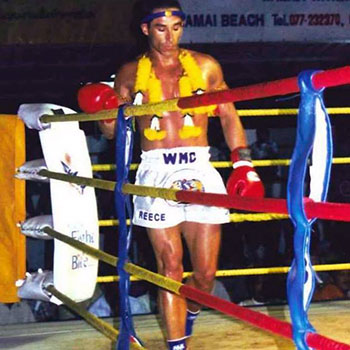 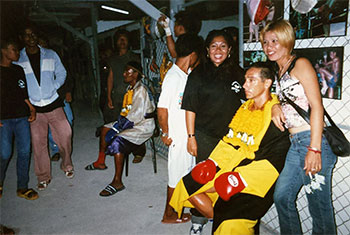 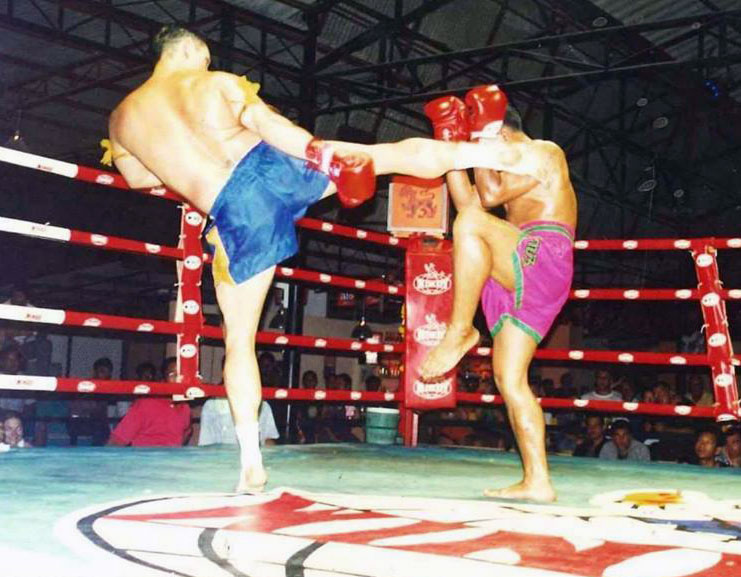 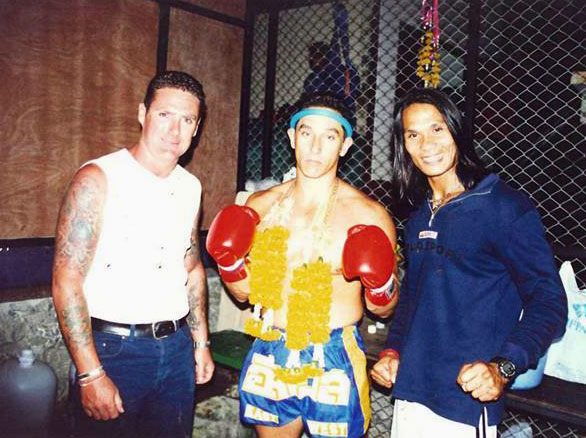