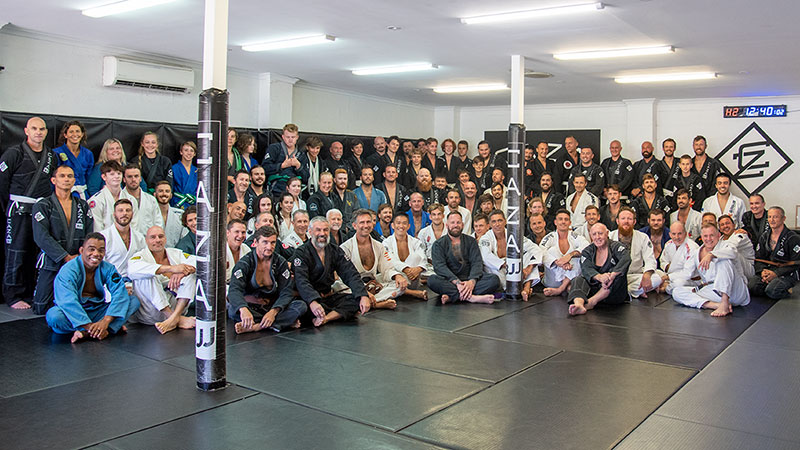 The year 2020 will go down as one of the most challenging on record for both sporting and business endeavours. Closures followed by highly restrictive limitations placed an incredible amount of pressure on BJJ gyms across Australia. Despite all this, we have managed to finish the year on a huge high with our only grading ceremony having taken place on Saturday, December 12.

It will take more than a global pandemic to stop CAZA’s momentum!

The highlight of this year’s ceremony was the promotion of Andrew Flynn to black belt. Andy is one of Yoshi’s original students, going back to when Yosh first came to Australia to teach Brazilian Jiu-Jitsu.

Andy is an ideal club member. Humble, hard-working and always willing to help anyone who seeks his advice. If you have any doubts as to his ability, well, roll with him. You are in for a tough six minutes.

In accepting his black belt, Andy reiterated a point made by Yoshi, Cheyne and numerous other black belts around the world with regard to what it takes to achieve this rank. Simply put, “keep coming back, there are no shortcuts”. 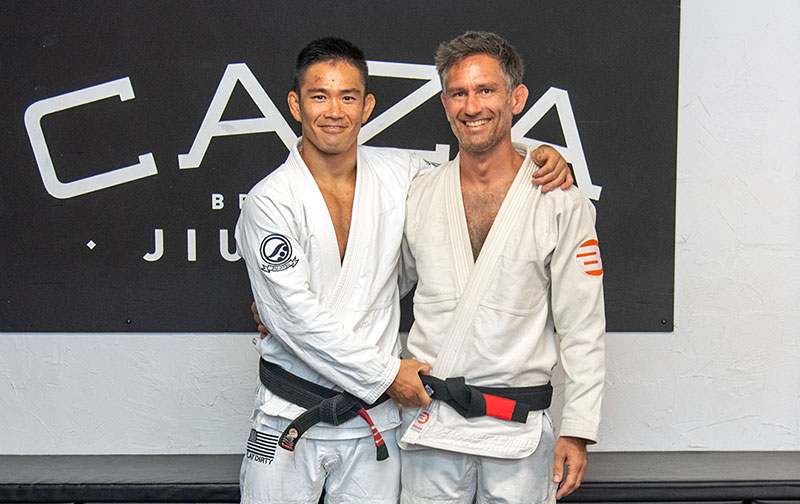 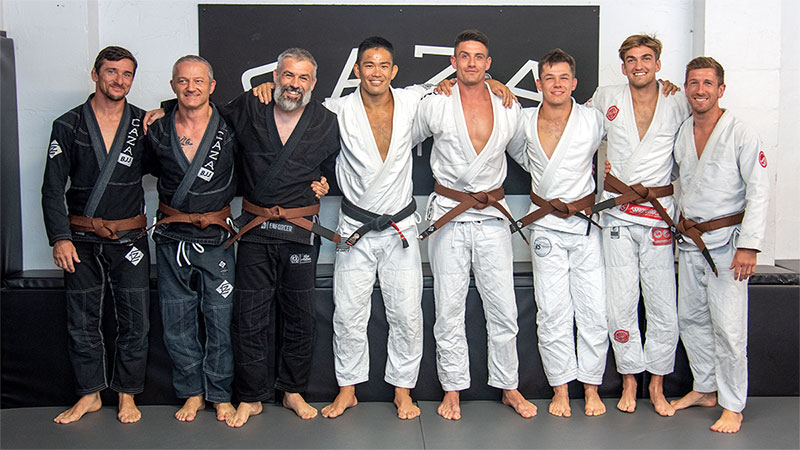 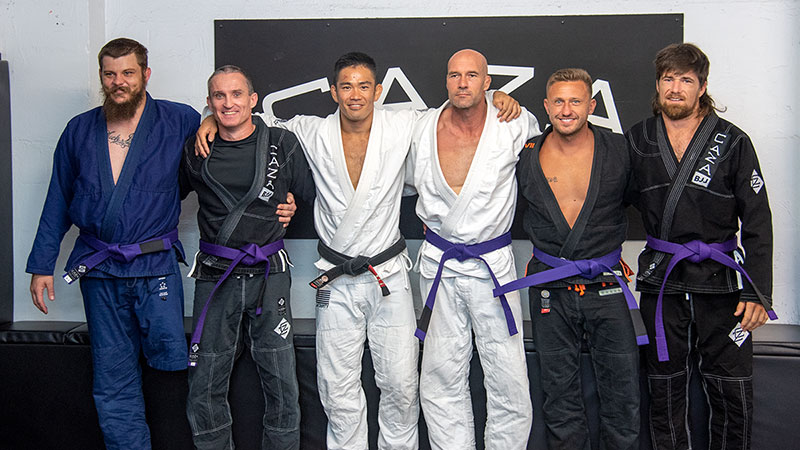 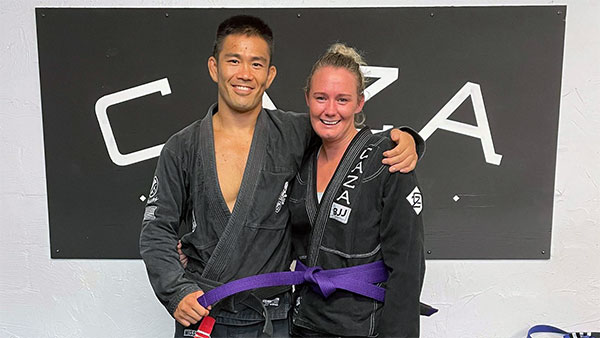 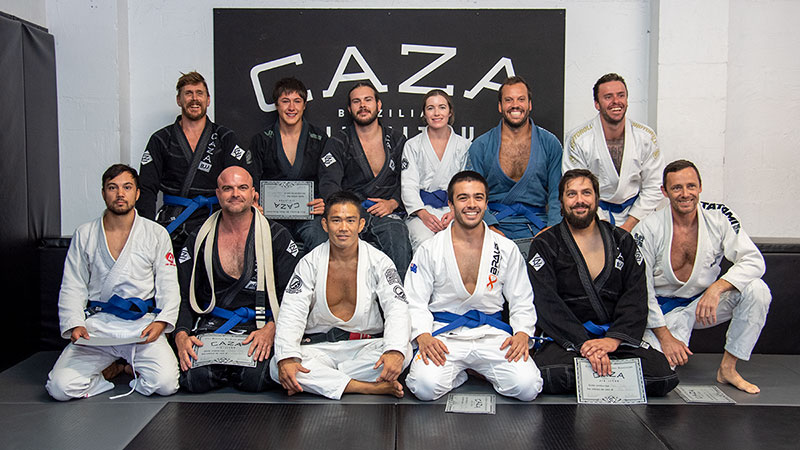 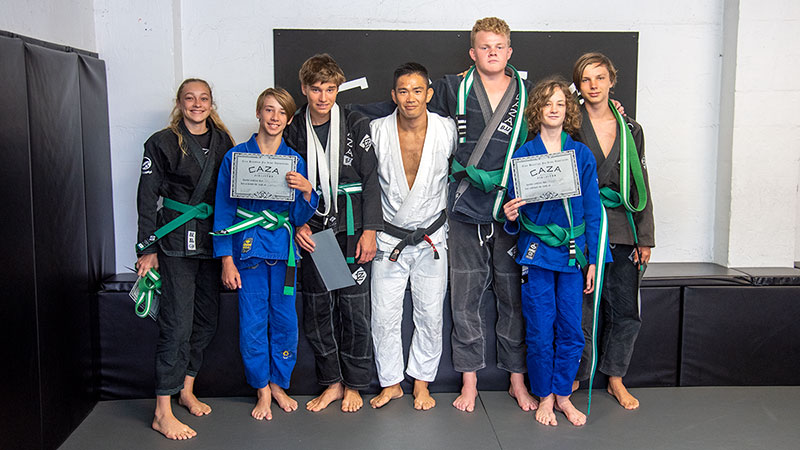 Congratulations to all of these members! You really need to earn your belt promotions at CAZA so be proud of what you have achieved. Now keep on grinding towards your next goal.

We didn’t have a shark tank at this grading due to the number of people being promoted and our limited space. These will instead be held at various open mat sessions over the coming weeks.

When we do run a shark tank, please be sensible. We don’t want any injuries to stem from what should be a fun part of the promotion process.

As mentioned by Yoshi at the grading, we ask that all members learn CAZA’s gym rules. These rules are fairly standard for all Brazilian Jiu-Jitsu gyms. By being aware of what is expected it will also prepare you to be a good guest when visiting other clubs.