What is a first lesson like at CAZA BJJ? 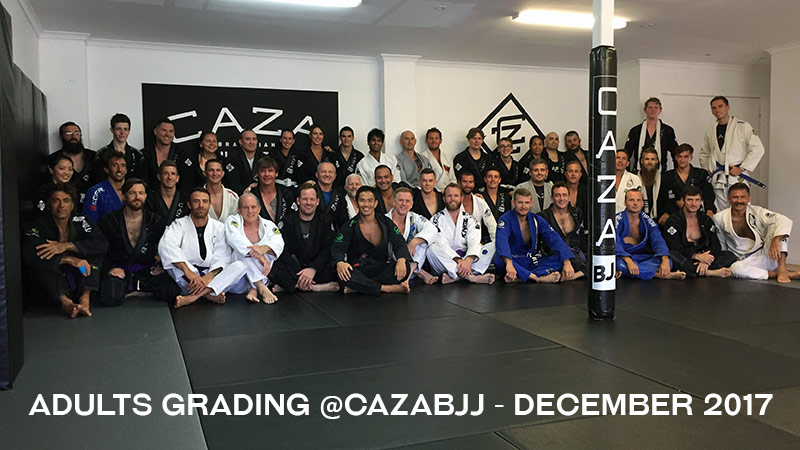 This morning we conducted our last grading ceremony in 2017 for adult members here at CAZA Brazilian Jiu-Jitsu. These are always exciting events, and since CAZA has only two per year, they are something that everyone looks forward to.

We started our grading ceremony at 9am. Led by our Professor, 2-stripe BJJ Blackbelt Yoshinori Hasegawa, we saw several belt colour promotions and a bunch of stripes being awarded.

Here are our new colour belt promotees (names below): 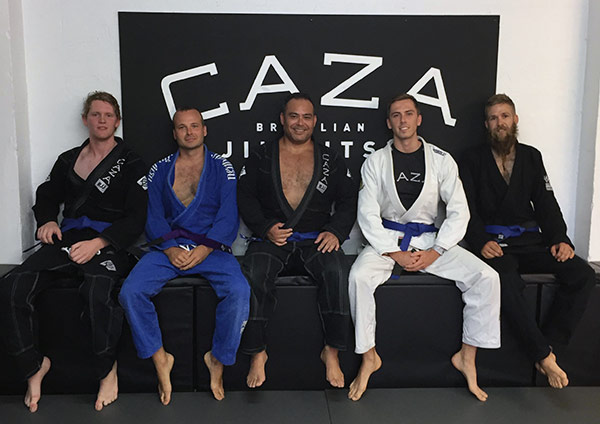 Feeding time in the shark tank

As anyone familiar with BJJ tradition will be able to guess, we concluded with a shark tank. This is reserved only for those achieving a new belt colour.

During a CAZA shark tank, each newly promoted member must roll continuously for 30 minutes. Every two minutes their opponent changes (often several opponents), with another CAZA member jumping in to continue the roll. There are no breaks, no drinks, and opponents can be of any rank.

A shark tank is tough. However, the excitement of having your new colour belt tied around your waist is motivation enough to get you through….even with that thirst.

It was great to see so many members in the gym for the ceremony, which is not really a surprise given the amaaaaazing atmosphere in our gym. Even if you aren’t promoted, celebrating with your teammates is very encouraging. When you see someone showing up every week and training hard, you can’t help but be happy to see their progress being acknowledged.

It is well known that Yoshi does not promote people to new belt colours quickly or easily. He came up through the ranks during a golden era for Brazilian Jiu-Jitsu and with some of the sports biggest names. If Yoshi promotes you, you deserve it.