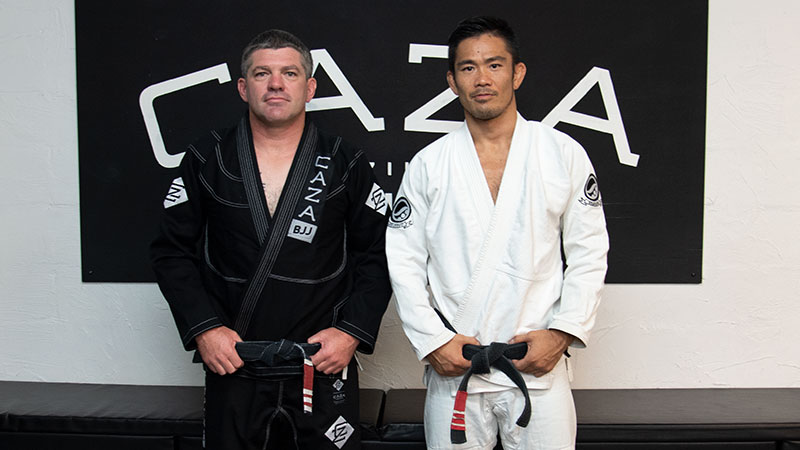 This expansion is thanks to an affiliation with Professor Andrew Bailey, the BJJ head coach at Tribal MMA & Fitness. The arrangement means that while the Moffat Beach branch of CAZA BJJ will operate from within Tribal MMA, CAZA BJJ will be the official name of the Brazilian Jiu-Jitsu team.

Coach Bailey already has a fast-growing club with new members, including high-level colour belts, signing up to train with his crew each week.

Caloundra Open to be our first joint endeavour

The first tournament to be contested by our expanded competition team will be the 2019 QBJJC Caloundra Open. This event will also mark the first time that CAZA competitors are coached by both Yoshi Hasegawa and Andrew Bailey on the competition mats.

One of the problems that CAZA has encountered at the QBJJC tournaments thus far has been in trying to win overall team titles. Because these titles are decided by the accumulation of points won by individual competitors, franchised gyms have a numeric advantage. So, by expanding here on the Sunshine Coast, CAZA BJJ can now aggressively compete with the franchised clubs for the overall men’s, women’s and kid’s team trophies.

We are all very excited by this development and look forward to energising both the Noosa Heads and the Moffat Beach clubs with renewed enthusiasm. Let’s get at it!